We're a small community of Jewish people, people with Jewish heritage and people with an interest in Judaism, open to everyone.  We hold services for the High Holy Days and some other festivals at Lancaster University Jewish Rooms and hold occasional 'Havurah' Jewish cultural events in members' homes.  We're now affiliated to the Jewish Small Communities Network.

Would you like to join our mailing list? Please complete the link here  or email lancslakesjc "at" gmail.com so we know you want us to keep you informed of our activities.

invites you to join us for the

Bring your own haggadah if you have one

The AGM of Lancaster and Lakes Jewish Community will take place on Thursday 25th February 2016 at 1.30  p.m. at the Jewish Rooms, Lancaster University Chaplaincy Centre. There will be refreshments (bagels cream cheese smoked salmon, please let me know if you need a vegan or gluten free option).

Rob Smith Havura Coordinator can only continue in this post if others come forward to help with the coordination of the havura programme.  We welcome others to stand for any of the posts or to join the committee - please let Fiona Frank know if you're interested in standing for a position or joining the committee.

Please send apologies to Fiona Frank - and for catering purposes please let Fiona know if you're coming (or just turn up, we always over cater!)

At our AGM in February 2015 we have appointed a new committee:

A vote of thanks was given to our departing treasurer Rachel Fligelstone and our chair Stanley Henig.  Stanley was thanked for the work that he has done over the last ten years for Lancaster's Jewish communities. It was unanimously agreed that he should be given the post of Honorary Life President, and he was presented with a certificate of long service stating that trees have been planted in Israel in his name.

I hope you this finds you well and you had a good Pesach/Easter/holidays, however you celebrate.

There are lots of exciting things happening for Lancaster & Lakes Jewish Society and our Havura group in the coming weeks and months.  Here is news of what is planned.

Firstly, a reminder that there will be a
Shabbat Morning Service,
Saturday, 18th April.
Jewiish Rooms, Lancaster University Chaplaincy Centre,
Service starting at 11.00 a.m.,
`Bring and Share' dairy/vegetarian kiddush to follow.
Prayer books for the service provided
Everyone  welcome.
For further details or to have any questions answered, please contact
Rabbi Robert Ash (robertash1954 "at" gmail.com)
or Naomi Tadmor (n.tadmor "at" lancaster.ac.uk

We are planning a exciting programme for our Havura  group  over the next few months, which will include guest speakers, also some different types of events - film screenings, book discussions and family-centred activities.
The first of these will be a
Havurah Film Screening
"The Flat"
Sunday 26th April
5.00 p.m - 8.00 p.m.
`Bring and Share dairy/vegetarian' supper
Everyone Welcome
"The Flat" is an interesting story of a man who is clearing our his aunt's flat in Tel Aviv after her death, and finds clues and evidence about her life and history that he had never known.
This Havura meeting will begin at 5 pm with sharing our supper and a social time, followed by the film, which will begin showing at 6 pm.

Please let either me or Naomi Tadmor know by SUNDAY 19TH APRIL, if you will be coming to this event.
This is IMPORTANT, as it is planned to be in Naomi Tadmor's house in central Lancaster; but if there will be too many people to comfortably seat and watch the film, we shall need to book a larger venue to show the film.

There are also plans for more guest speakers, films and book discussions in the Autumn; and we shall arrange services in the Jewish Rooms at Lancaster University for the High Holy Days if people want them.

At present, we are introducing book discussions and film screenings as occasional alternatives to our more traditional Havura meetings with guest speakers.  If you would like to form a reading group and/or film club, apart from the Havura group, let me know and I'll circulate your name and email address to the contact list so other people interested in joining can get in touch with you.

That's all for now, folks. 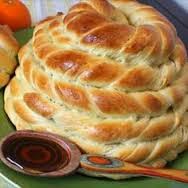 Services for the High Holy Days will take place in the Jewish rooms at the Chaplaincy of Lancaster University. Services will be led by Rabbi Dr Robert Ash using the recently published Machzor of Liberal Judaism.

For further information or to reserve your own copy of Liberal Judaism’s High Holy Days prayer book Machzor Ruach Chadashah (£18.90):

For directions or parking information or for information about Lancaster and Lakes Jewish Community email lancslakesjc@gmail.com or tel 07778 737681.

We have had an approach from Rabbi Robert Ash who is now living in Preston who is interested in conducting High Holy Day services in Lancaster University Jewish rooms - so please get in touch (lancslakesjc@gmail.com) if you're interested in participating in these services.

We continue to serve all local Jewish people, those with Jewish heritage, Jewish family and/or an interest in Judaism.
We use the Jewish rooms at Lancaster University and sometimes meet in members' homes for monthly Havura meetings.

If you have any concerns about any matters relating to Jewish life in Lancaster, please get in touch!